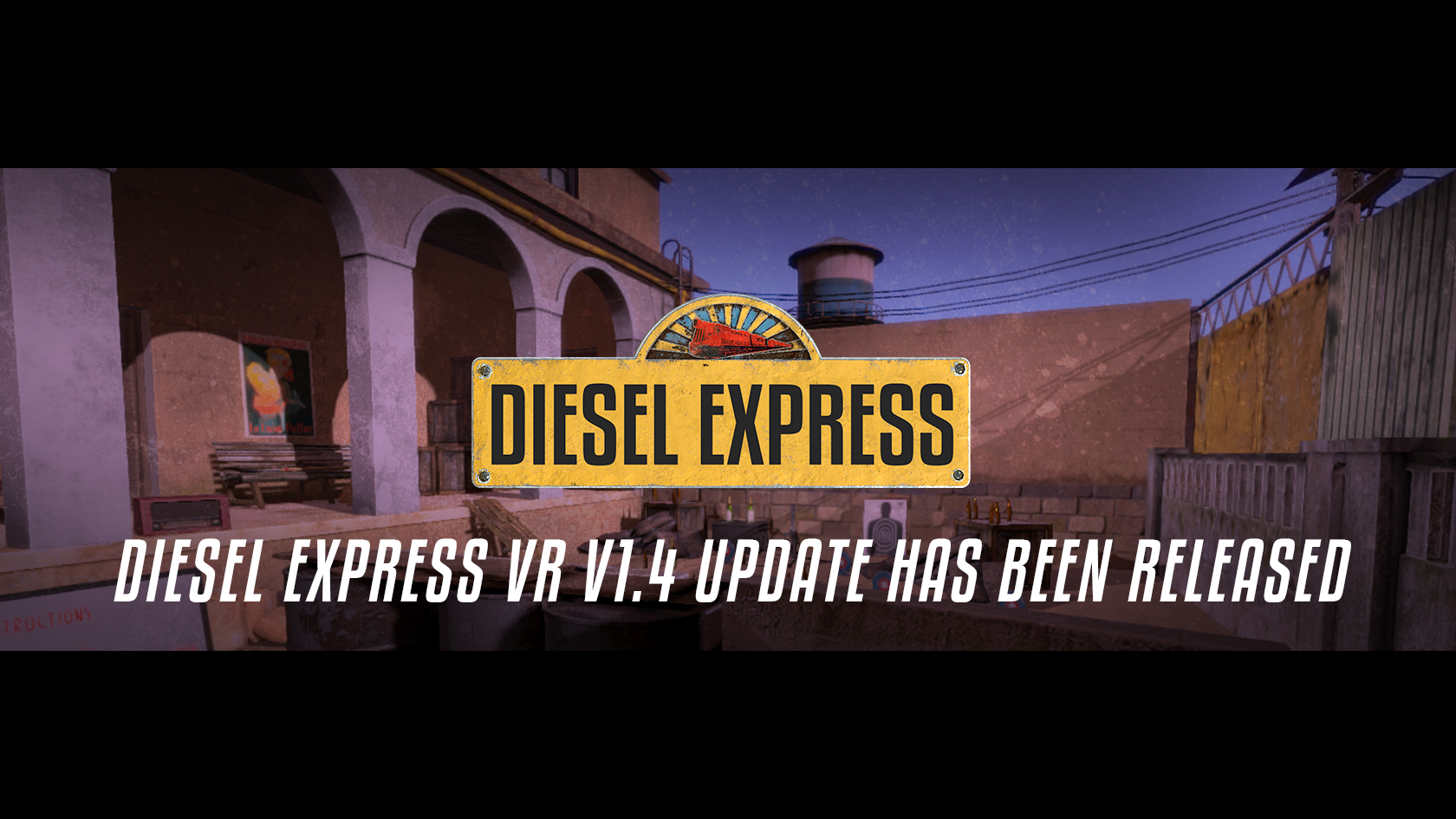 We have published another update! 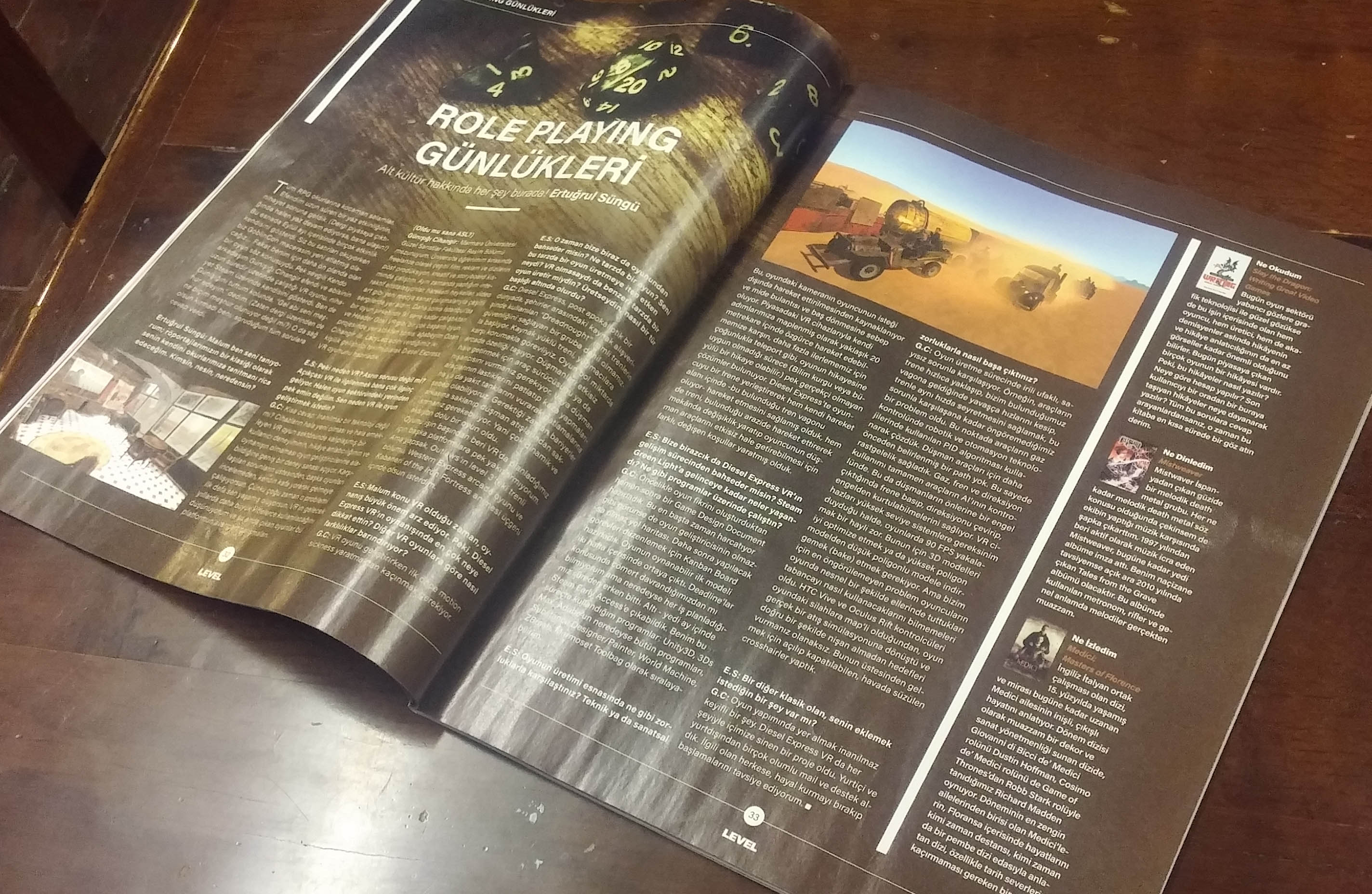 We talked about Diesel Express VR and its course from the begining through the current situation. It has been a very good interview. Sadly it is not in English. We thank to Ertuğrul Süngü for sharing us in his column in the Level Magazine. 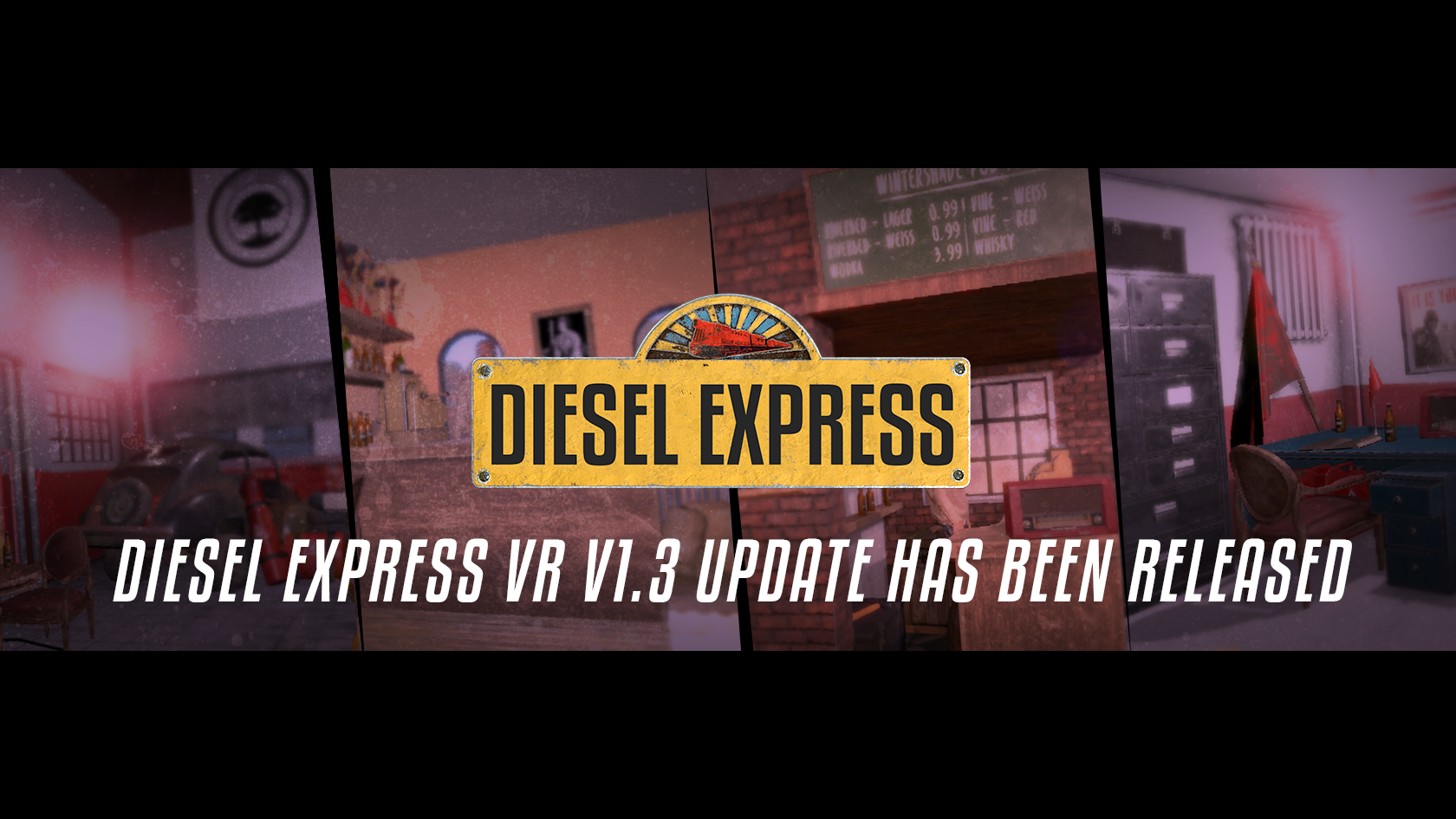 – A fully working map,
– Players can only go to cities which are connected to the city that the player is located,
– There are 5 cities to visit in total,
– 4 more unique city/pub environments 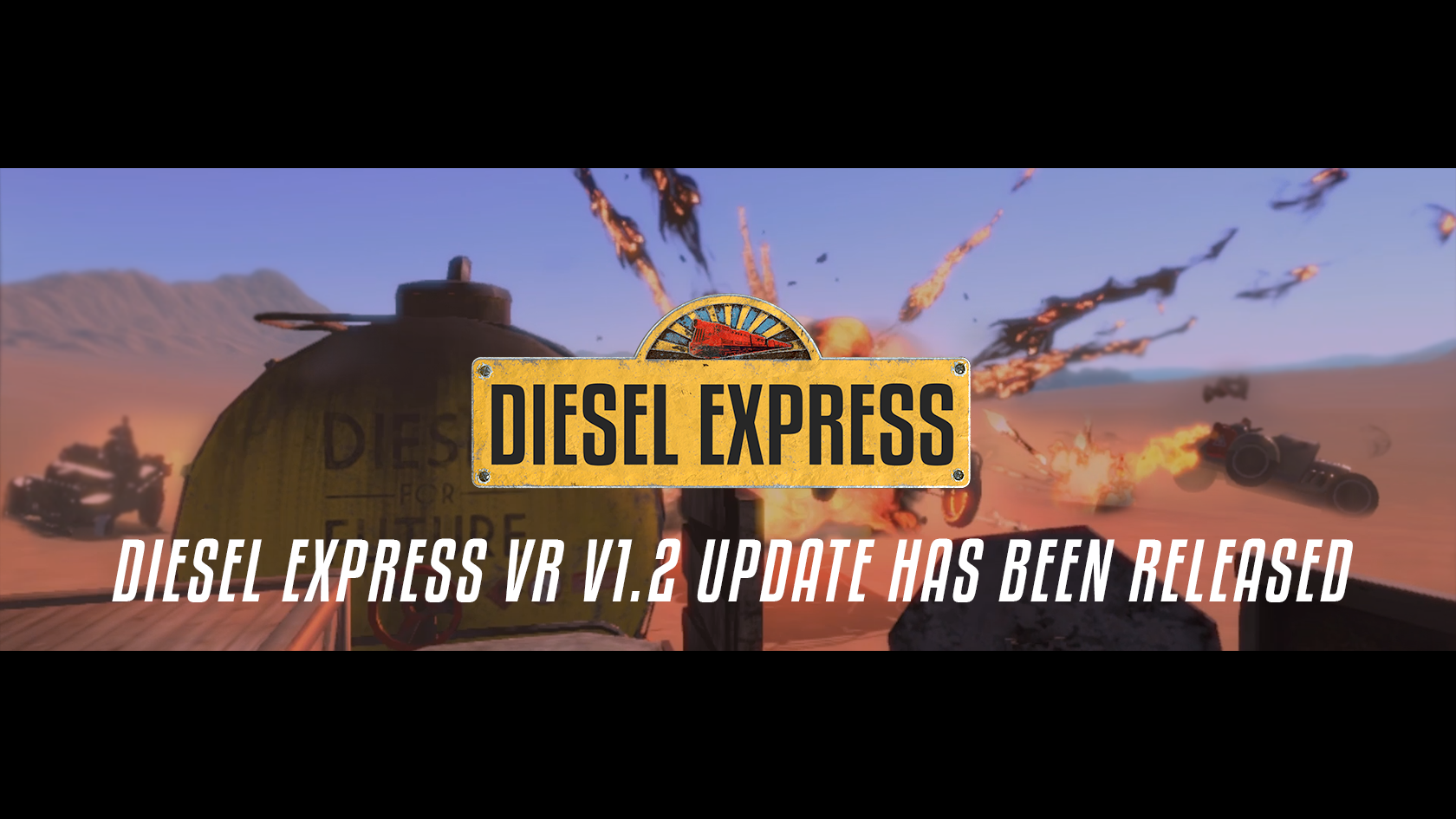 •Finishing weapons (total 5)
•Difficulty option (Easy – Hard)
•New enemy car (Armored Car with a turret. Players will explode it by shooting gas tank)
•Enemy Car physics improvement
•Tire shooting (Players will be able to shoot enemy vehicles tires)
•Narrative elements (A brief video approx. 2 minutes)
•A working rail network (Simply, you cannot travel wherever you want. Instead, you need to follow rail network)
•Every city we travel has a unique pub environment
•Enemy cars will explode if you shoot gas tanks
•Ranks will be seen in a patch on our gloves

We could not post here for a while. And you may wonder what are we working on currently. Sadly, we are still working on publising Diesel Express on Rift Experiments. It took too long because Oculus Rift is holding the rules very tightly. We need to work harder to optimize graphics to reach 90FPS in game. In the other hand i forgot my password to login wordpress and couldn’t write posts. Anyway…

We are planning to add this two weapons to the game. With them, our armory will be done. Also some weapons will be unlockable with our rank. And we start with one or a couple of weapons. Enjoy your last times with your favorite pistols. I have to add, the pistol below has been created in Oakhaben Factories, but we bought Sawed-off Shotgun from Unity Asset Store. 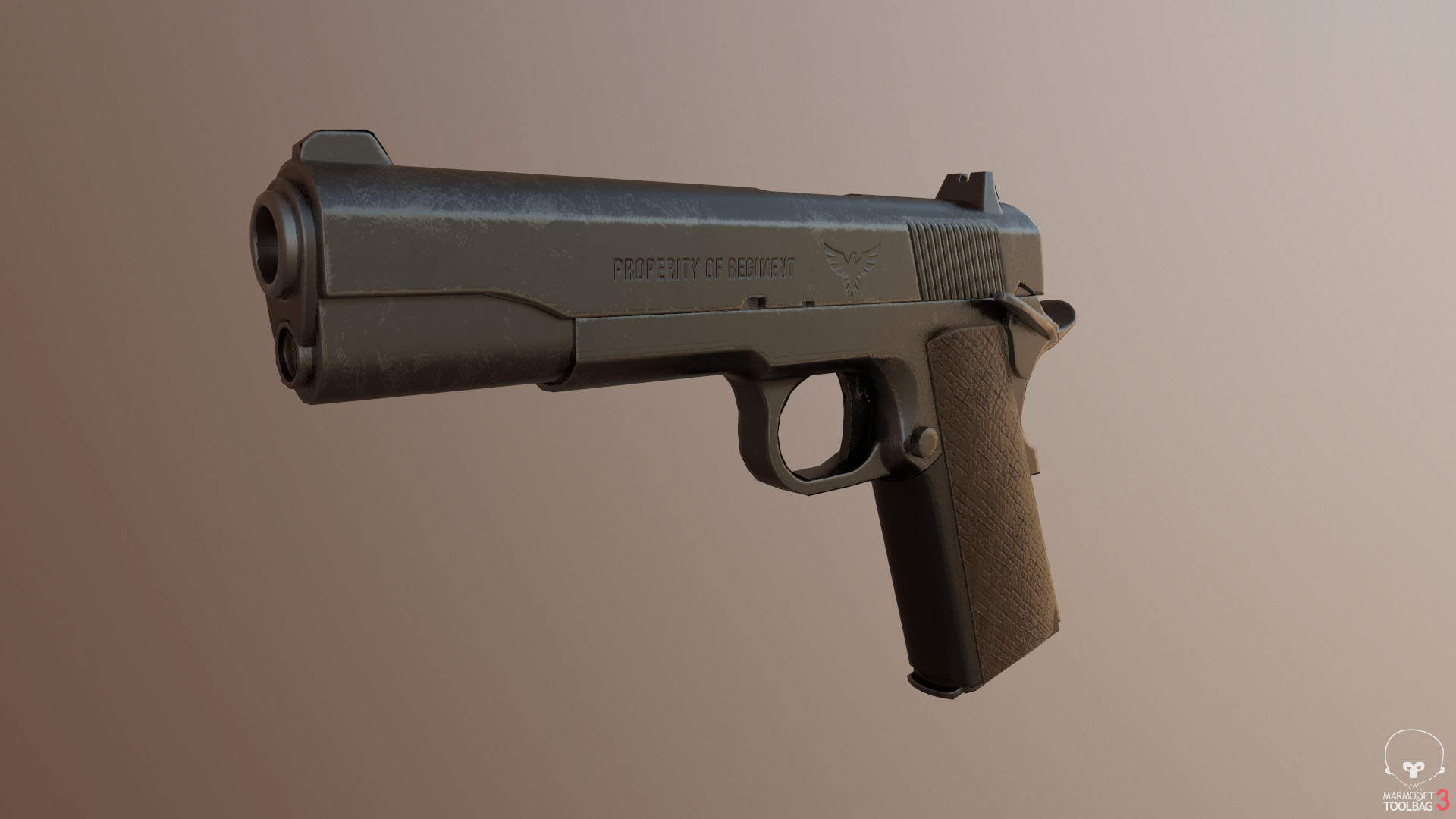 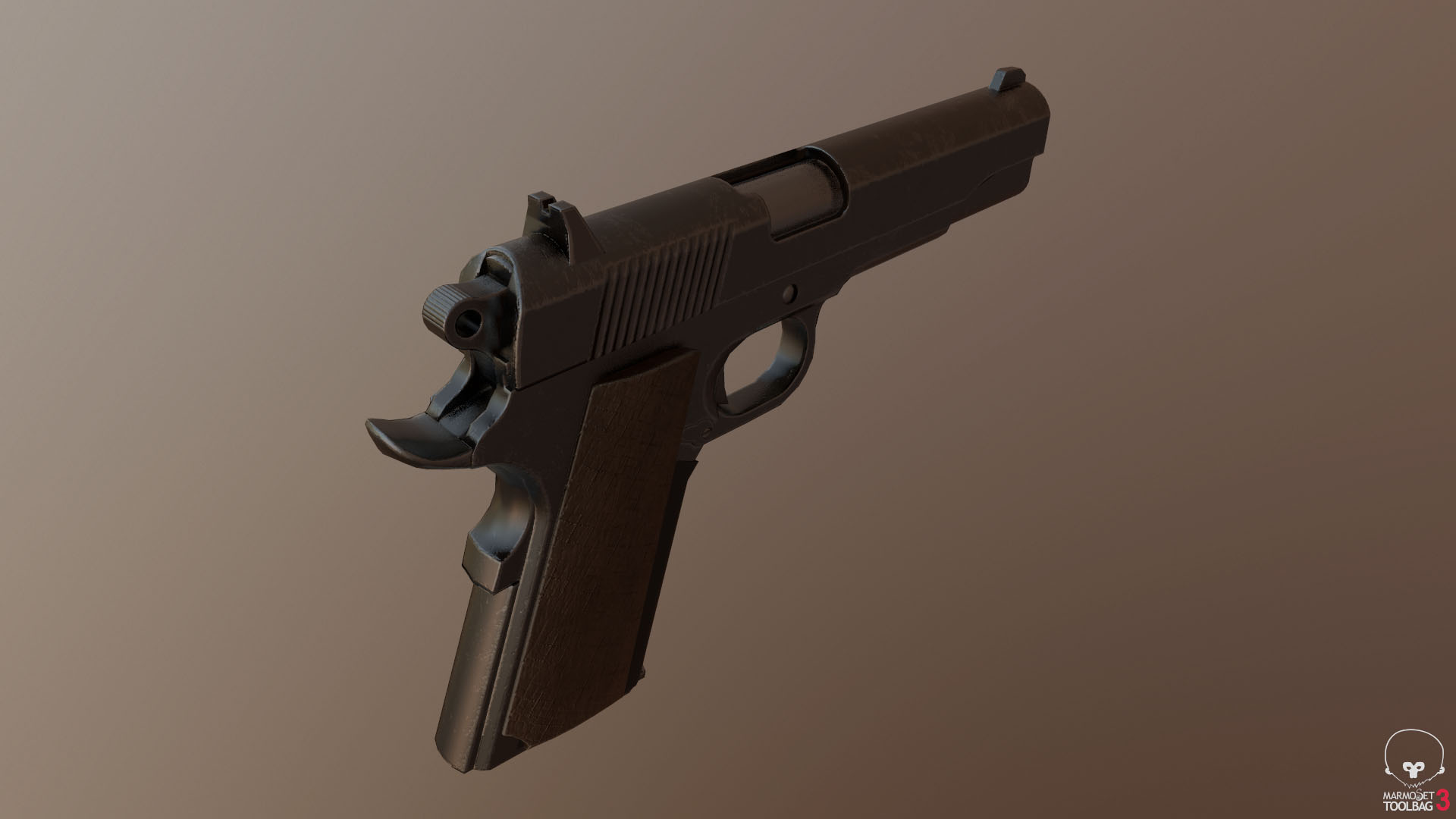 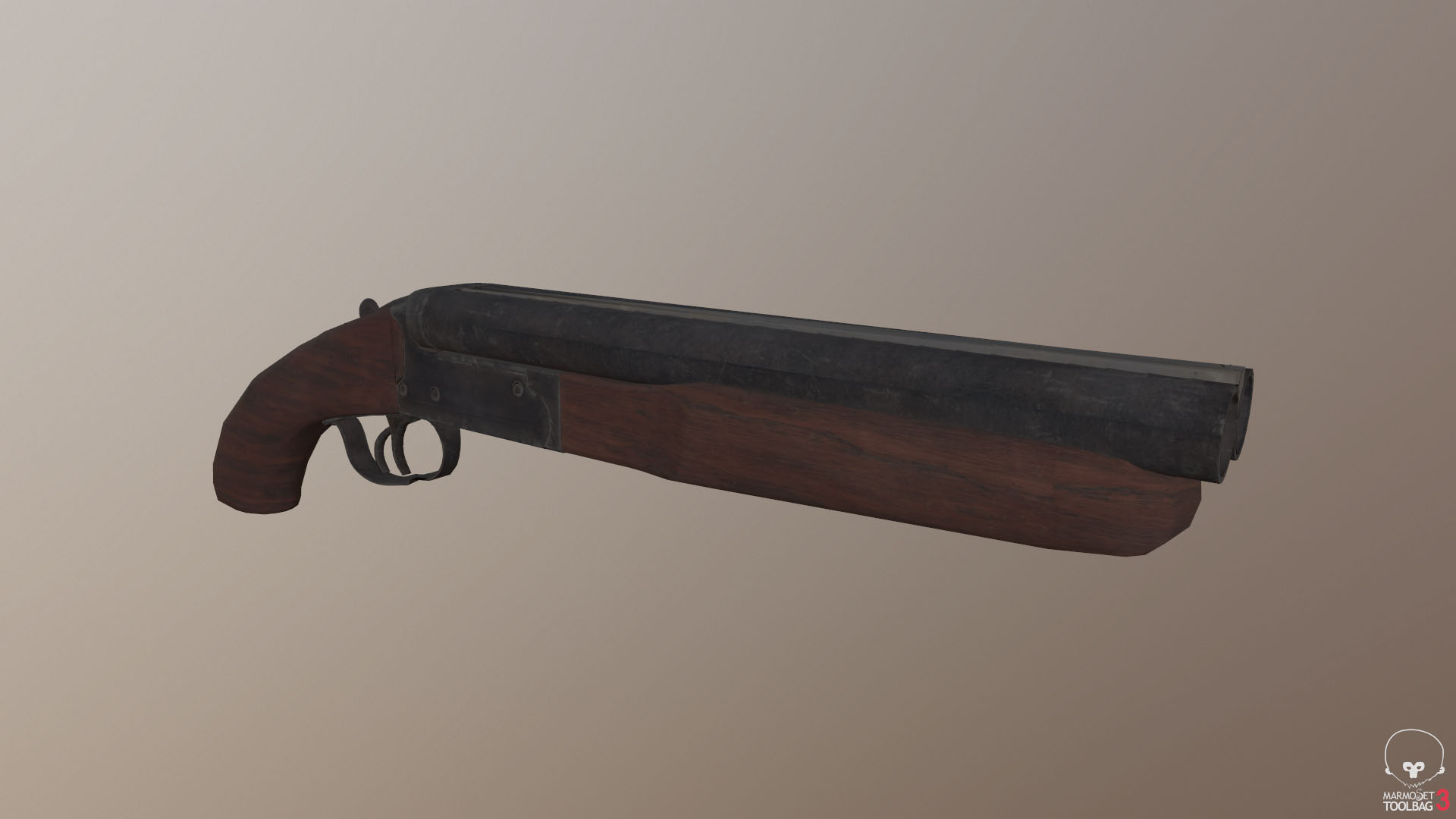 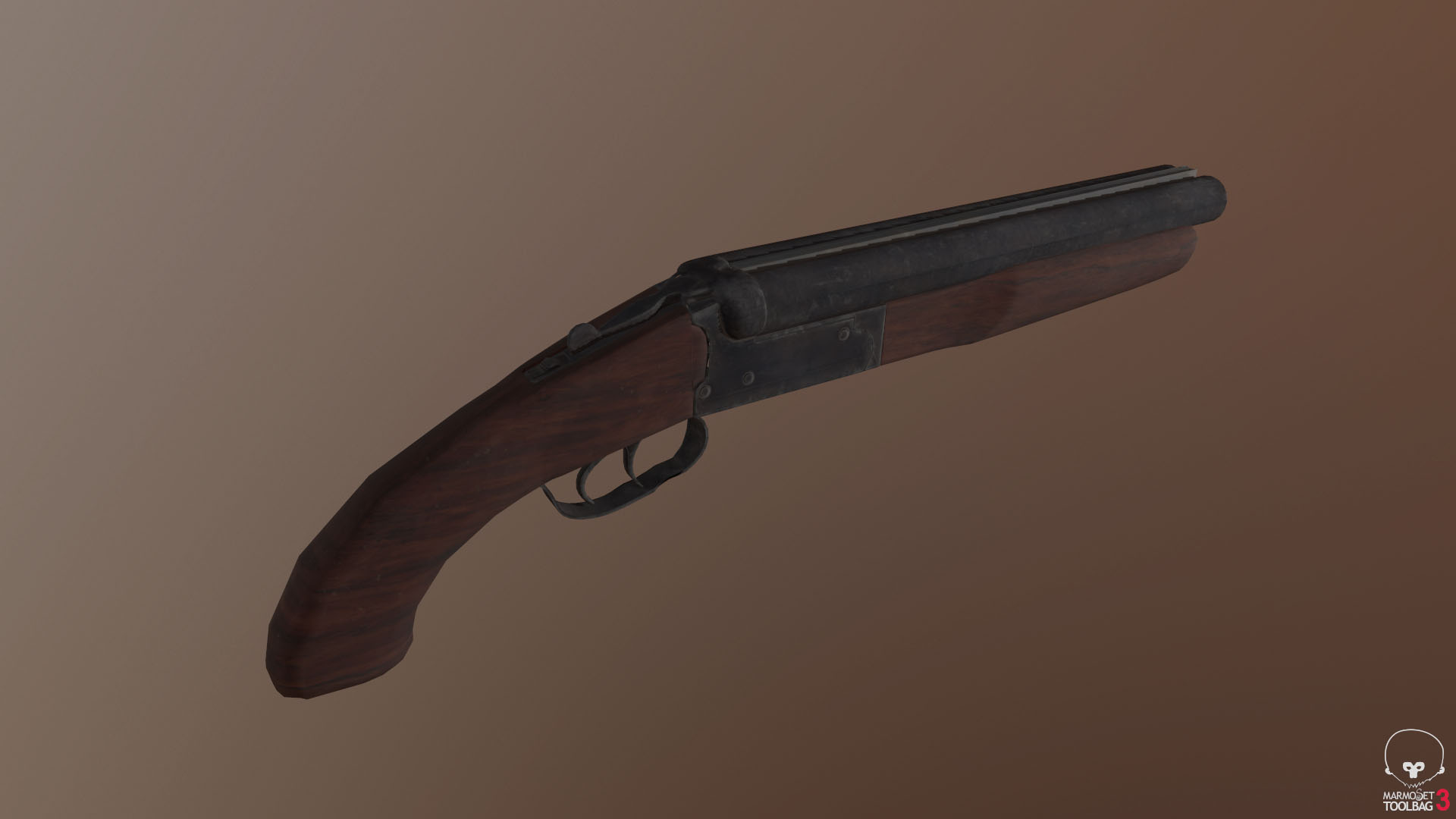 Oculus Rift support has been released. A couple weeks ago we requested free hardware from Oculus Rift. They answered positive and they sent us for development. Currently it is available in Steam Store. But it will be in Oculus Store soon.

Our first update has been successfully published to Steam!

There were some complains about aiming. We have created a floating crosshair which is available only in the beginner mode (which can be set in Pub from Paper Clip). We believe it makes aiming easy without ruining the atmosphere of the game.

A new level has been added. We will publish more levels soon. When we are convinced that there are enough levels, we will connect this levels in a map and player will only be able to choose missions which belong to this dot in the map.

A Gyrocopter has been added to the game. Player must shoot fuel tanks or the pilot of this vehicle to take it down. Explosions included! 😉

There have been enhancements in the UI. You will notice blood splats when you are hit. Metal spark has been added to bullet hit to make where the bullet hit noticeable.

Instead of floating weapons, we added gloves to the gun to make the feeling better.

After our Steam Early Access release, we have had many feedbacks regarding to difficulty of the aiming. We wanted players to aim and shoot as they shot a real weapon. Let’s admit; it is difficult to aim at a moving target from a moving vehicle.

In most of the VR shooter games, a laser beam is used to make shooting easier. However, in Diesel Express, we didn’t want to put a laser beam to the weapons, since it would ruin the atmosphere of the game.

We decided to use a crosshair. However, in VR, the view and the weapons are not stable, we couldn’t just put a regular crosshair into the middle of the screen. We came up with an idea of Floating Crosshair. It is a 3D crosshair which points what the weapons is aiming. It is basically the same with a laser beam, but, it looks much better and fits Diesel Express better.

We add Floating Crosshair just into beginner mode. In the difficult mode, it disappears.

It seems we need to come up with ideas like this in Virtual Reality domain. There is a whole new game-play waiting to be discovered.

We are going to add this new enemy, gyrocopter, with an update which will be released in 2 weeks. We modeled it with the concept from Mad Max 2. After the publish, we got some feedbacks about a flying enemy. Then we decided to add this flying enemy to the game. We are still working on it.